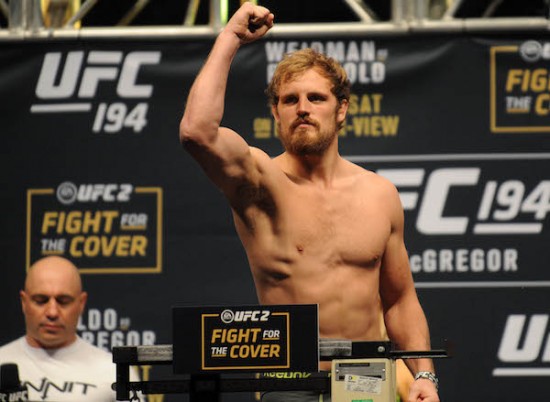 A welterweight bout has been added to the UFC Fight Night 87 card on May 8 in the Netherlands as Gunnar Nelson will meet Albert Tumenov.

The fight booking was announced by the UFC on early Tuesday morning.

UFC Fight Night 87 will come from the Ahoy Rotterdam in Rotterdam, Netherlands and the event will be headlined by a heavyweight bout as Alistair Overeem will meet Andrei Arlovski.

Nelson (14-2-1) has gone 1-2 in his last three fights and is coming off a decision lost to Demian Maia at UFC 194. Both of his career defeats have come by decision and his last win came in July of last year as he submitted Brandon Thatch at UFC 189. Tumenov (17-2) has won five in a tow since dropping his UFC debut in early 2014. During his winning streak, three of the five wins have come by TKO/KO and he is coming off a split decision victory in January against Lorenz Larkin.

The current UFC Fight Night 87: Overeem vs. Arlovski fight card is below.