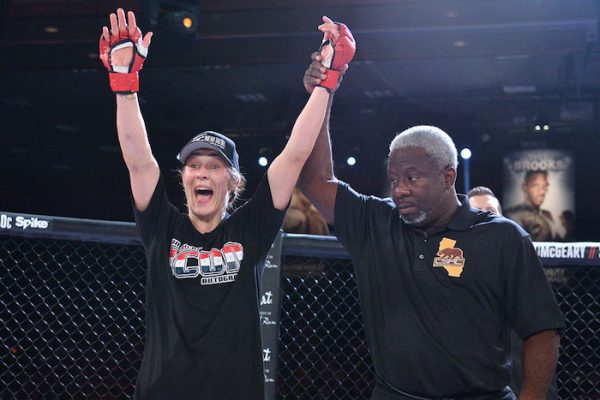 Bellator 155: After Julia Budd withdrew, Marloes Coenen was grateful that Bellator found her a new opponent

Tonight’s Bellator 155 fight card was initially scheduled to see the inaugural women’s featherweight champion crowned as Marloes Coenen was scheduled to meet Julia Budd. However, Budd was forced to pull out of the fight and Coenen will now meet Alexis Dufresne in a non-title fight.

Coenen (23-6) has won both of her fights in Bellator by submission and she has won four of her last five fights. During this past Tuesday’s edition of “The MMA Report Podcast,” Coenen joined the show to preview her fight and stated how she was grateful that Bellator was able to find her a new opponent for tonight’s card in Boise, Idaho.

“I was really grateful for that and I think Alexis is cool for doing that as well,” Coenen said. “I am happy to fight and I can not wait.”

Check out Coenen’s complete interview from Tuesday’s edition of “The MMA Report Podcast” below and be sure to subscribe to the show on iTunes and Stitcher.