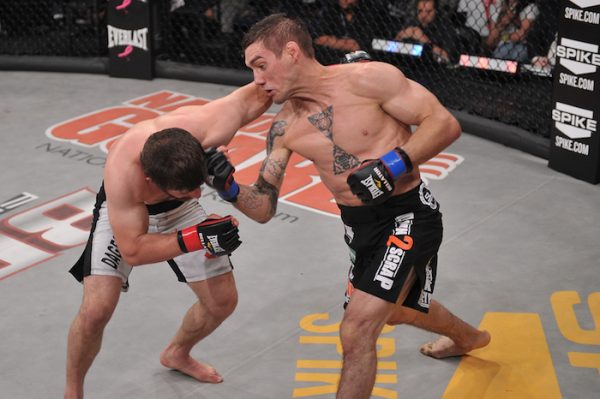 Bellator 155: Dave Jansen was not surprised when he was offered rematch against Marcin Held

Former Bellator lightweight title challenger Dave Jansen will step inside the Bellator cage tonight for the first time since losing to Will Brooks at Bellator 136 as he will meet Marcin Held in a rematch on the preliminary card of Bellator 155.

The first meeting between Jansen (20-3) and Held came at Bellator 93 in the season seven tournament final. On that night, Jansen walked away with a decision victory and during his appearance on Tuesday’s edition of “The MMA Report Podcast,” Jansen stated that he was not surprised when Bellator offered him the rematch against Held.

“I was not surprised. I talked to Marcin when I fought Will Brooks and Marcin was on that card as well,” Jansen stated. “He expressed interest that he wanted a rematch and I said ‘ok.’ That is something that I am open to so it was not much of a surprise at all.”

Check out Jansen’s complete interview from Tuesday’s edition of “The MMA Report Podcast” below and be sure to subscribe to the show on iTunes and Stitcher.