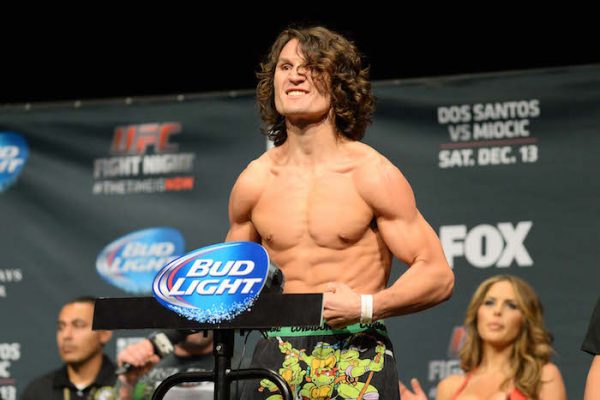 The Titan FC debut of David Michaud will take place on June 10 at the BankUnited Center in Coral Gables, Florida as he will meet Ultimate Fighter 19 finalist Dhiego Lima in a welterweight bout.

Michaud (9-2) is coming off a submission victory last month at RFA 37 against Chris Hugh and it was his first fight since exiting the UFC following a submission lost against Olivier Aubin-Mercier at UFC 186.

During this past Thursday’s “The MMA Report Podcast,” Michaud was a guest on the show to preview his upcoming fight against Lima and explained that he believes the key to victory for him is to keep the pressure on his opponent.

“He just seems to not do well with pressure,” Michaud stated. “So I think getting in his face and just making it a fight. He is tall and long. He is going to want to stay away. Kind of poke at me with a jab and kicks. But I don’t really allow people to do that too much. I like to get in peoples faces and throw bombs and make it a fight. I am sure he is not going to actually sit down in the pocket with me because that is not his game. I am going to force him. Stay in his face. Beat him up and make him quit.”

Check out Michaud’s complete interview from Thursday’s edition of “The MMA Report Podcast” below and be sure to subscribe to the show on iTunes and Stitcher.