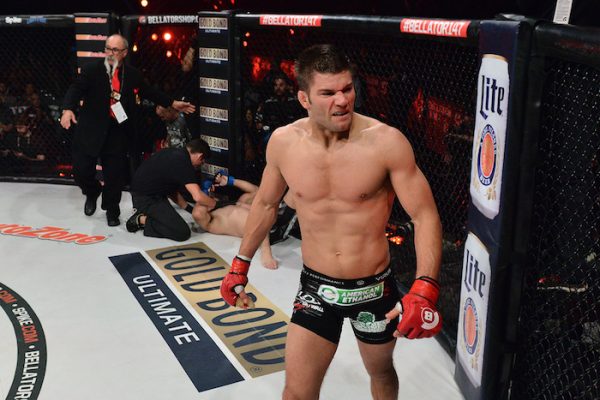 Josh Thomson out of Bellator 154 with an injury

An undisclosed injury has forced lightweight Josh Thomson to pull out of his scheduled bout at Bellator 154 in two weeks against former Bellator lightweight champion Michael Chandler.

The news of Thomson being out of the event due to an injury was reported by Flo Combat on Sunday and according to Brett Okamoto of ESPN, Chandler is expected to be booked on another event.

Bellator 154 will take place next Saturday night at the SAP Center in San Jose, California and the event will be headlined by a light heavyweight bout as Phil Davis meets Muhammad “King Mo” Lawal.

Following the news that Thomson was out of the event, Chandler responded to a tweet from Flo Combat in regards to Benson Henderson potentially being a replacement opponent and Henderson ended up responding to Chandler.

.@MikeChandlerMMA @FloCombat I'll see if I can move some things around, if you want a whoopin' that bad, I'm your man, 😁…

It should be noted that Henderson is currently on medical suspension from his Bellator 153 fight from the Mohegan Tribe Department of Athletic Regulations. Mike Mazzulli, the director of the commission confirmed to The MMA Report last week that Henderson received a 60 day suspension due to a concussion.

Stay tuned to TheMMAReport.com for updates on Bellator 154.