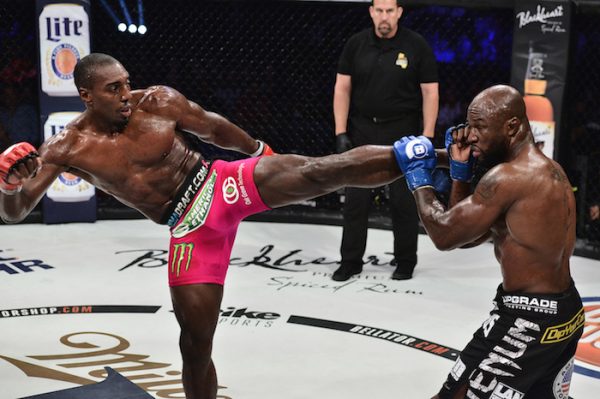 Bellator 154 took place eight days ago at the SAP Center in San Jose, California and was headlined by Phil Davis securing a title shot in the Bellator light heavyweight division with a decision win over Muhammed “King Mo” Lawal.

The Bellator 154 card went up against the UFC 198 preliminary card on FS1 (8-10 p.m. ET) and that card drew 786,000 viewers on the sports cable network in the preliminary television ratings. The peak of the UFC broadcast came in the 9:45-10 p.m. ET quarter hour with 985,000 viewers and the viewership from the UFC 198 prelims led FS1 to the top spot among all cable sports networks in viewership.

Bellator 155 took place last night on Spike and the preliminary television ratings (Live+SD) will be released on Monday afternoon and the +3 DVR ratings will be released later in the week for the card that was headlined by Rafael Carvalho retaining the middleweight title with a controversial split decision victory against Melvin Manhoef.