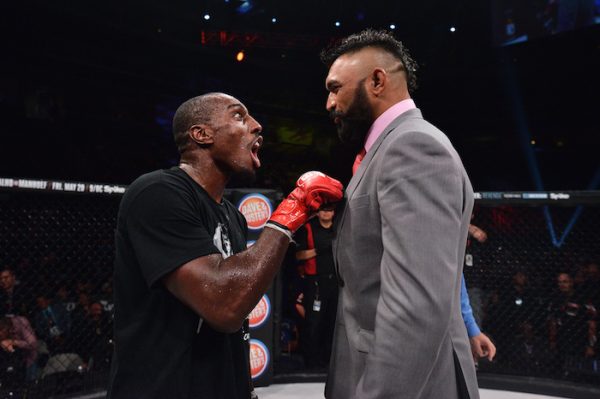 The main event of November’s Bellator 163 at the Mohegan Sun Arena in Uncasville, Connecticut is now official as light heavyweight champion Liam McGeary will defend the Bellator title against Phil Davis.

The fight booking was announced by Bellator is a press release on Friday and the promotion also revealed several other fights for the fight card including a welterweight bout between Saad Awad and Brennan Ward.

Bellator 163: McGeary vs. Davis will take place on November 4 and are currently on sale now at Bellator.com, as well as the Mohegan Sun Box Office and Ticketmaster.

McGeary (11-0) won the Bellator light heavyweight title last year at Bellator 134 and is coming off a successful title defense last November as he defeated Tito Ortiz by submission in the opening round. Eight of his eleven victories have come in the opening round and his last two stoppage victories have come by inverted triangle choke submission. Davis (16-3, 1NC) made his Bellator debut last year and won the four-man, one-night light heavyweight tournament at Bellator 142. He is coming off a decision win against King Mo Lawal at Bellator 154 and he is 4-1 in his last five fights.

The current Bellator 163: McGeary vs. Davis fight card is below.