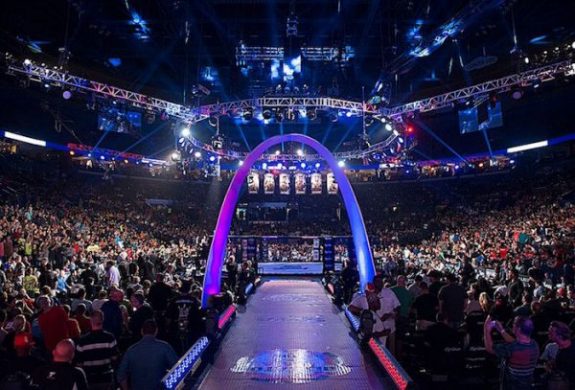 The Bellator debut of featherweight Noad Lahat will take place today in Israel at Bellator 164 as he will meet Scott Cleve in the co-main event of the fight card.

Lahat (9-2) signed with Bellator after exiting the UFC earlier this year and he will be looking for his third win in his last four fights. Six of his nine career victories have come by stoppage and both of his wins in the UFC came by decision.

During Wednesday’s edition of “The MMA Report Podcast,” Lahat was a guest on the podcast to preview his fight today at Bellator 164 against Cleve and discussed the opportunity to fight in Israel for the first time in seven years.