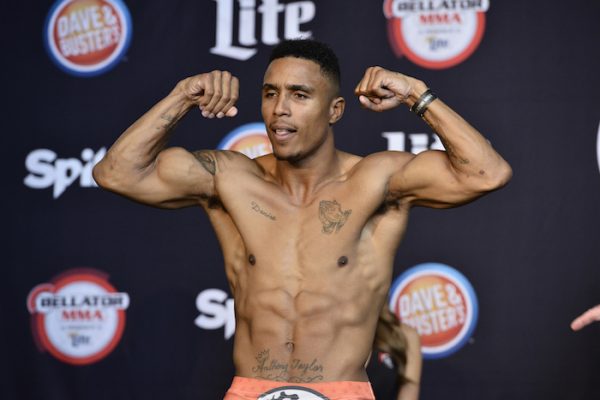 Anthony Taylor: I have nothing to lose and I have everything to gain against James Gallagher

The co-main event of today’s Bellator 169 in Dublin, Ireland will be a featherweight bout as Anthony Taylor looks for his second professional victory as he meets James Gallagher on the fight card coming from the 3Arena.

Taylor (1-1) made his professional debut last year and both of his professional fights have come in Bellator. He enters tonight’s fight card following a 27-second victory against Victor Jones at Bellator 154 and this is the fourth-fastest victory in Bellator featherweight division history.

During this week’s edition of “The MMA Report Podcast,” Taylor was a guest on the show to preview his fight today against Gallagher at Bellator 169.