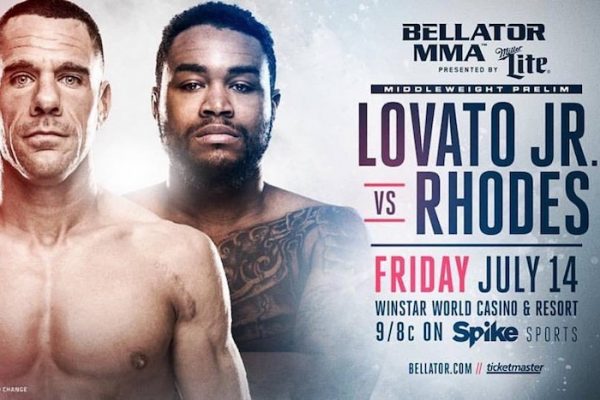 Bellator 181’s Mike Rhodes explains why he thinks Rafael Lovato Jr. may be underestimating him

The Bellator debut of Mike “Biggie” Rhodes will take place on Friday on the preliminary card of Bellator 181 as he meets undefeated middleweight Rafael Lovato Jr. on the fight card coming from the Winstar World Casino in Thackerville, Oklahoma.

Rhodes (10-4) has won four in a row since exiting the UFC in 2014 and three of those four wins have come by stoppage. This will be his first fight in nearly thirteen months as his last victory came against Rakim Cleveland at Victory Fighting Championship 51.

During last week’s episode of “The MMA Report Podcast,” Rhodes was a guest on the podcast to preview his fight against Lovato Jr. on Friday at Bellator 181 and explained why he thinks Lovato Jr. may be underestimating him in this fight.