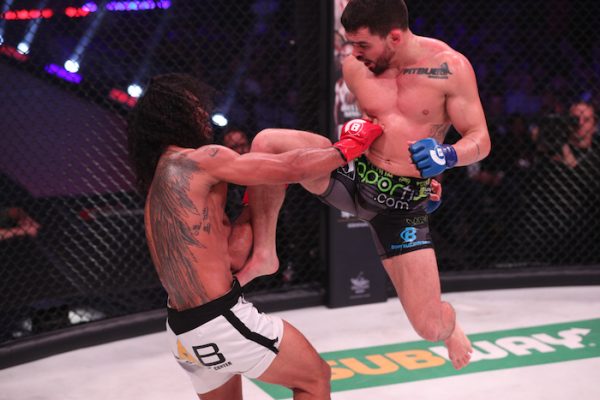 Bellator 183 took place this past Saturday from the SAP Center in San Jose, California and was headlined by Patricky “Pitbull” Freire scoring a split decision victory over former UFC lightweight champion Benson Henderson.

When it comes to the television ratings for the fight card, it was revealed on Tuesday by Nielson that Bellator 183 drew 598,000 viewers on Spike in the preliminary ratings (Live+SD). On Thursday, Spike announced in a press release that the fight card drew 646,000 viewers and peaked at 966,000 viewers in the main event bout between Pitbull and Henderson.

*- Combined viewership on Spike and CMT

The next Bellator event is set for next Friday night from the Winstar World Casino in Thackerville, Oklahoma and the fight card will be headlined by a title fight as Eduardo Dantas defends the bantamweight title against Darrion Caldwell.