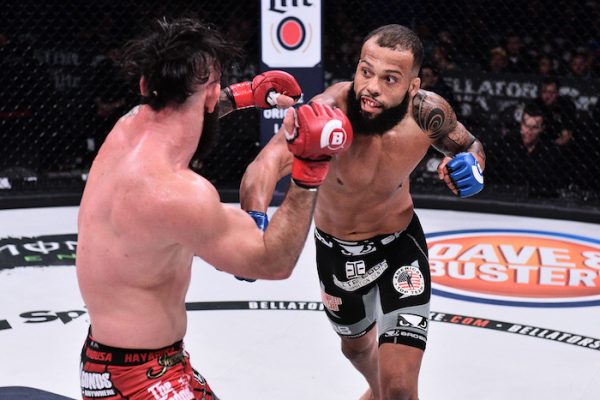 Undefeated middleweight prospect Jordan Young will return to the Bellator cage on Friday night at Bellator 185 as he will meet Alec Hooben in a catchweight bout of 195 pounds on the fight card coming from the Mohegan Sun Arena in Uncasville, Connecticut.

Young (7-0) was signed by Bellator last year and has gone 2-0 in the promotion. After winning his Bellator debut by decision against Chris Harris in January, he returned at Bellator 178 in April and submitted Tim Caron.

During last week’s episode of “The MMA Report Podcast,” Young was a guest on the podcast to preview his fight on Friday against Hooben. Also, he talked about how Hurricane Irma effected his training for this fight and searching for his first knockout victory.