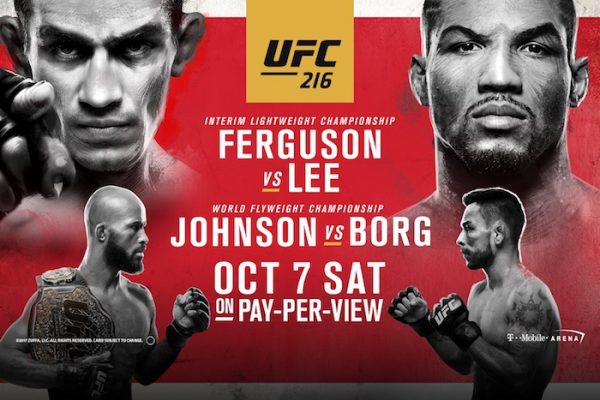 UFC 216 took place on Saturday, October 7 at the T-Mobile Arena in Las Vegas and the main card on pay-per-view was headlined by Tony Ferguson claiming the interim lightweight title with a submission win against Kevin Lee.

Prior to the main card on pay-per-view, the televised preliminary card aired on FX and featured a bantamweight bout as Cody Stamann improved to 16-1 in his career with a split decision win against Tom Duquesnoy.

The UFC will return to FOX Sports on Saturday, October 28 for UFC Fight Night: Machida vs. Brunson and the six fight main card will begin at 10 p.m. ET/7 p.m. PT on FS1.