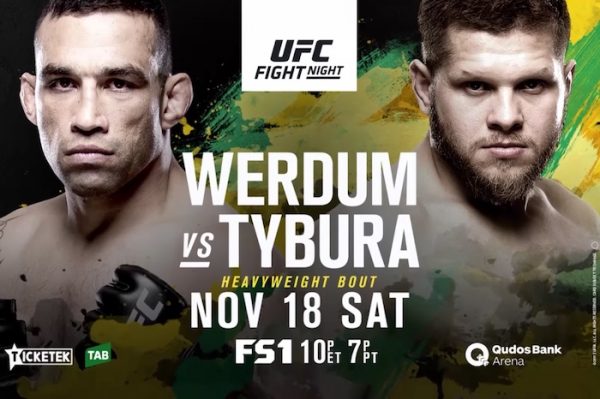 UFC Fight Night 121 takes place on Sunday morning in Sydney, Australia (Saturday night in the United States) and will be headlined by former UFC heavyweight champion Fabricio Werdum looking to make his case for a title shot when he takes on Marcin Tybura.

Before this fight card takes place, listen to the preview podcast with Jason Floyd and Daniel Galvan as they break the event down from their point of views. From discussing the altercation between Werdum and Colby Covington to which fight has them interested the most, Jason and Daniel have you covered from all aspects of this fight card.