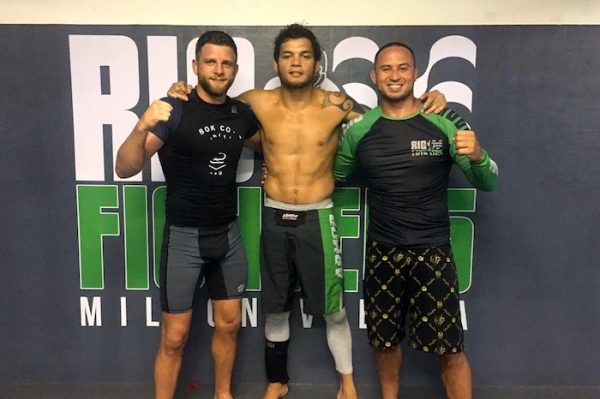 The second UFC fight for Calvin Kattar will take place in two weeks (January 20) in Boston at UFC 220 as he will meet Shane Burgos in a featherweight bout on the fight card coming from the TD Garden.

Kattar (17-2) was signed by the UFC last year to take a short notice fight against Andre Fili at UFC 214 and he scored a decision victory in the fight. The victory over Fili extended his winning streak to nine fights and his last seven wins have come by decision.

During last week’s podcast, Kattar was guest on the podcast to preview his fight at UFC 220 against Burgos. Along with previewing the fight, he talked about the opportunity to fight at the TD Garden and his recent trip out to the UFC Performance Institute.