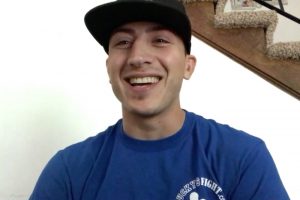 The season two debut of Dana White’s Tuesday Night Contender Series will take place on June 12 and one of the fights on the season debut will be a bantamweight bout as Rico DiSciullo will meet Montel Jackson.

DiSciullo (9-1, 1NC) is currently on a three fight winning streak and his last two wins have come by stoppage in the opening round. In his most recent fight, he defeated Jaime Hernandez by TKO at CES 48 and five of his nine wins have come by finish.

During last week’s podcast, DiSciullo was a guest on the show to preview his fight against Jackson on the season two debut of Dana White’s Tuesday Night Contender Series.