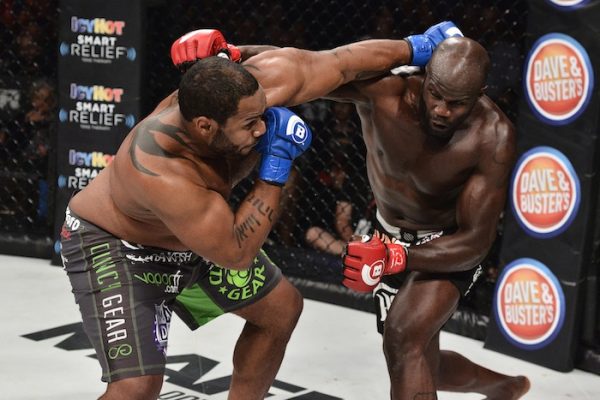 Bellator 161 took place this past Friday night from the HEB Center in Cedar Park, Texas and was headlined by Cheick Kongo winning his third straight fight with a majority decision victory against Tony Johnson.

In the preliminary television ratings (Live+SD), the fight card had 686,000 viewers and the card saw a 10 percent increase in viewership in the +3 DVR ratings with 758,000 viewers. The fight card peaked at 966,000 viewers according to Spike and the broadcast ranked third in live sports events on cable on Friday.

With the +3 DVR numbers from Friday night, Bellator is averaging 814,000 viewers this year in the +3 DVR ratings and the complete +3 DVR Ratings for Bellator in 2016 are below.