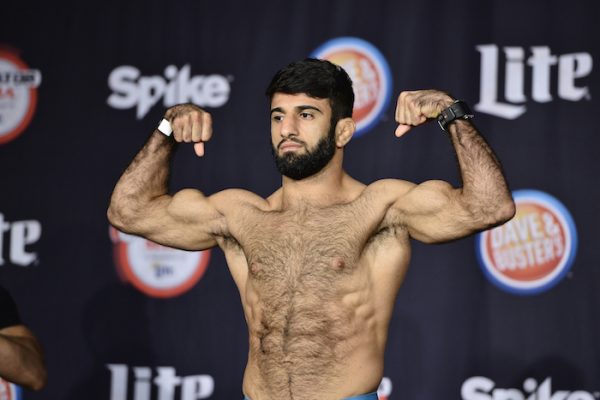 The co-main event of tonight’s Bellator 161 fight card will be a key matchup in the bantamweight division as Sirwan Kakai will look to snap a two fight losing streak when he meets former Bellator featherweight and bantamweight champion Joe Warren.

Kakai (12-4) made his Bellator debut at the beginning of the year and lost a decision against Joe Taimanglo at Bellator 151. He will be looking for his first victory since June of last year and he explained on Wednesday’s edition of “The MMA Report Podcast” how his head was not in the right place for his fight against Taimanglo.

“It’s just been a lot of ups and downs,” Kakai explained. “Everything happened so quick. I got the call to the UFC and I fought there twice in five weeks. And then I was without a contract. Then I went to Bellator and I was excited for that. My last fight and no excuses, but I did not have my head in the right place. My motivation was not the highest at that point. Right now, I refocused. I changed a lot in my camp. Changed a lot in my training and I’m really excited for this fight. I have never been this motivated as I am now. I feel great. I feel like a new person heading into this fight.”

Check out Kakai’s complete interview from Wednesday’s episode of “The MMA Report Podcast” below and be sure to subscribe to the show on iTunes and Stitcher.