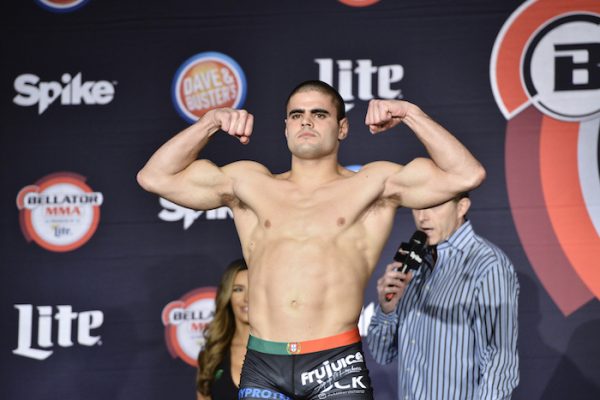 Undefeated welterweight Andre Fialho will look to continue his rise up the Bellator welterweight rankings tonight at Bellator 167 as he meets Chidi Njokuani on the fight card coming from the WinStar World Casino in Thackerville, Oklahoma.

Fialho (7-0) made his Bellator debut earlier this year and both of his wins in the promotion have come by knockout in the opening round. His most recent victory came in May as he defeated Rick Reger at Bellator 154.

During this week’s edition of “The MMA Report Podcast,” Fialho was a guest on the podcast to preview his fight tonight against Njokuani at Bellator 167.