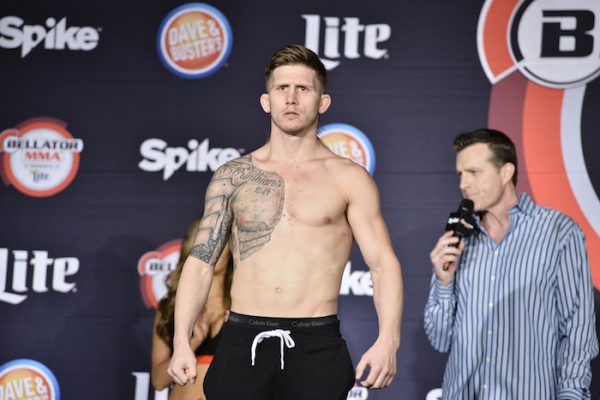 The co-main event of tonight’s Bellator 167 will be a featherweight bout as Justin Lawrence will look for his third win in the promotion as he will meet John Teixeira on the fight card coming from the WinStar World Casino in Thackerville, Oklahoma.

Since parting ways with the UFC, Lawrence (9-3) has gone 5-1 and three of those wins have come by TKO. His most recent win came in June at Bellator 157 as he defeated Isao Kobayashi by TKO in the second round.

During this week’s edition of “The MMA Report Podcast,” Lawrence was a guest on the podcast to preview his fight tonight against Teixeira.