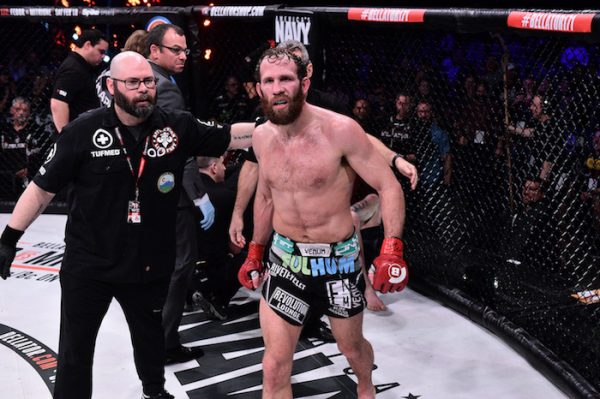 Bellator 171 took place last Friday night at the Kansas Star Arena in Mulvane, Kansas and was headlined by Chidi Njokuani improving his unbeaten streak to nine fights as he defeated Melvin Guillard in a catchweight bout of 180 pounds.

Bellator 171 ranked number three in all of cable for live sports programming on Friday evening as the fight card went up against the Houston Rockets vs. Philadelphia 76ers on ESPN (1.543 million) and the X Games on ESPN (828,000).

The next Bellator event will take place in three weeks in San Jose, California as Bellator 172 will be headlined by the promotional debut of Fedor Emelianenko as he will face Matt Mitrione in a heavyweight bout.